To make my story short

Charles Chojnacki Born in Brussels in 1957, He is self-educated and, in parallel to a so-called traditional career, he has always used photography as a means of expression. Traveling the world, he works several years long on a documentary illustrating the 1950s through festivals, or "people well-adapted to their century whose hearts are in another".

He holds his first exhibit in 2012; a book entitled "50s' TODAY", with a foreword by Patrick Roegiers, comes out in 2015 and is received with non-negligible success by both the media and the public. Great photographers such as Robert Capa, Garry Winogrand, Robert Frank, William Klein, Saul Leiter, Willy Ronis, Marc Riboud, Brassaï, and many others ... are the Masters who inspire him.
He gains confidence from the recognition of a few of his shots by "Leica Fotografie International", some specialized websites and some renowned magazines such as the famous "Photo" and the French "Réponse Photos" that award him a price in 2019. It is also in 2019 that he receives an award from the Deutsche Bank during the "Shoot for Good" exhibit. With this "Metropolis" series, he invites us, in the company of enigmatic sentries, to a sensitive and aesthetic city trip…

The purchase of a Leica entices him to adopt a more personal and more artistic approach. 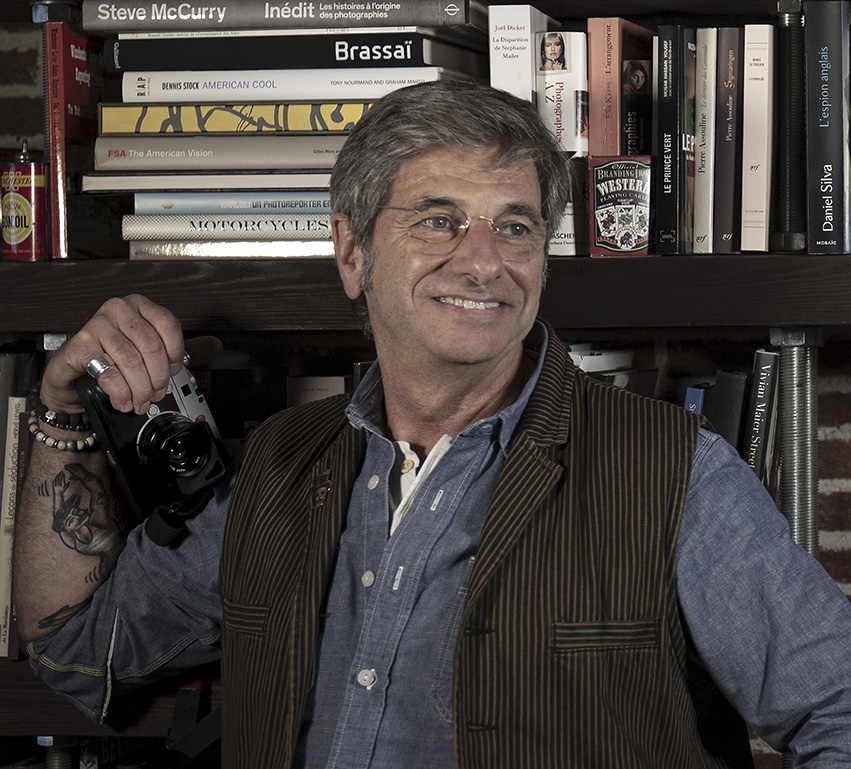